Hasan Özgür Top’s series, Landscape Studies, is being exhibited at Zilberman Gallery as a part of YFD 10: One Must Continue which is curated by Burçak Bingöl. The Artist who examines the relationships between moving images and political power talked about his practices to İlker Cihan Biner.

Hasan Özgür Top was born in 1987, Ankara. During his undergraduate studies at Marmara University (Faculty of Fine Arts), he started his production of aesthetics. The artist also investigated the flow of images by turning the news and commercial images inside out and examined the images that are visible on TV and the social media, particularly with the Gezi Struggle in 2013. He made stickers and pirate installations in public spaces... His area of study is not limited to Turkish frontiers; he also analyses the attacks and strategies targeting other countries. The artist, who overcome these topics that require passion, possess the rhtym of the geography. He renders abandoned spaces, lands and war fields without being stuck in orientalism. I talked about the relationship between image and geography, the connections between the structure of images and power elites with Hasan Özgür Top with the occasion of the series Landscape Studies.

What was your beginning point to start this series?

While I was trying to write an article on the propaganda videos (including decapitation scenes) released by the salafi-jihadist organizations such as ISIS, there was a thing grabbed my attention: although until the second half of 2010s, all execution videos by these organizations were indoor recordings, almost all videos released after the Arab Spring were outdoor ones. Actually this change is mostly related with the military capacities of the organisations. As long as they gain power and expand the areas under their control, the videos were moved to outdoor spaces, got crowded and much more complicated. Thinking on the switch of place in the videos forwarded me to focus on the relationship between war and geography. I examined how geography is being considered in the classics of war and asymmetric war, written by Sun-Tzu, Carl von Clausewitz, Võ Nguyên Giáp and Carlos Marighella. It was interesting to see the difference between my perception of geography and theirs. For instance, what would you see when you look at a forest? Is it a place where you can hang out with trees or a tactical field where you can hide your military units? In a broad sense, description of geography by humankind is very variable due to time and subject: Is geography a “wild nature” with its own habitat for humankind or a “dame nature” that is inclusive and offers blessings. In this context, “The Geography is for Fight” written by Yves Lacoste influenced me seriously. Lacoste describes the place of geography in humankind’s abstraction, communication and cooperation skills as well as putting forth his main ideas about the geostrategy in this book.
How did hunter members of a clan try to inform the clan’s other members who have not seen the first group’s hunting area yet? In this era, how were the “conflict places”, where we have not seen yet, being told us by our screens and by whom? I can say that these questions were my starting points to make this series. These geographies, the living beings above and below it, were only seen as tactical items by the majority of the sides of these wars. I do not want to lose my chance to get another kind of connection with these geographies. Also, I do not want to consider these geographies as only fight scenes.

Your works hold a documental potential about the Middle East by breaking off impressionist perspective. We are facing with the works that do not have any orientalist touches. What were the things you paid attention when you start to make these works?

I always care about where I position myself while trying to create a rhetoric. I placed myself on my computer while I was producing this series. Because my relationship with these geographies is mostly based on the images that I saw on my computer screen. Therefore, I made these paintings in the same scale with my screen, which is 15”.
By using the canvases that are 18 x 28,5 cm, I wanted to show the limits of my connection with these geographies. I created this connection mostly with news and propaganda items without being there personally: I thought that an approach ignoring my location, could trigger a problematic process that could go toward to talk for those people who live there, instead of them. Also, I tried to stay loyal to the plastic items of videos such as color, resolution, focusing, digital effects. Since these videos were released by the people having quite solid political aims; I see these geographies via an indirect data flow. For that reason, I wanted to remember and remind you that my impression on these geographies was naturally limited.

Will you continue to this series?

Yes. Every period has its own recording, editing and sharing forms according to its technological opportunities. I cared about the existence of the elements that create today’s digital aesthetics in the paintings. In these paintings, I gave place to the elements like blurred version of the video that is added to its sides by holding mobile phone vertical while recording, the several scales like 16/9 and 4/3 that videos have, the resolution differences depend between 360p and 1080p. Also there are other elements like these and I want to continue with the series a bit more with those. For a while, I have been thinking about working on another series which can be seen as a next step of Landscape Studies but it is too early for me to talk on it.

You made analyses on the visual propaganda materials released by radical-Islamic organisations like ISIS. Approximately 5 years ago, the images that had been published particularly by ISIS, were being spreaded very fast. What is the recent situation of these destructive and dark edits?

ISIS was pushed back militarily and lost almost all cities that it had been controlling like Raqqah announced as the capital of khalifa. This status shows itself on videos too. The organisation does not share videos as in the past. It is very rare to see videos showing outdoor scenes with crowds. We do not encounter with so many videos including executions of tens of people or harsh execution methods. But, I can not say that the organisation has changed its propaganda policy. I do not have any doubt about that if they get the power as much as they had in the past, they will continue to make propaganda videos like they did in the past.

With the reference to Ibn Khaldun, what kind of view do you have on the connection between destiny and geography?

I guess nowadays when we hear the word geography, Ibn Khaldun’s phrase, “geography is destiny” which is very popular on social media, comes to mind first. It would be a silly mistake unless we consider the powerful role of geography and climate on the shaping of civilizations. On the other hand, accepting it as a mystic narrative or a destiny is an preconceive including the idea that people who live in these geographies can not argue an allegation on future rather than the existing one. Furthermore, if we think that almost all disasters are created by humankind’s hands for political reasons… I guess we have the tendency of accepting some places on the earth as the scene for only horrible things because of our limited experiences. Some places that can never get rid of their damned destinies like the Bermuda Triangle: “the Middle East swamp” is a rhetoric where this understanding appears itself. The Middle East, the place where can never be a place for good times whatever we do. Afghanistan; a damned place of earth that experienced the global terror and invasions of the super powers in its modern history. Mexico and Colombia; the places that have a similar black destiny will be a war-ground for drug cartels forever. Guatemala; a hell that can never save itself from civil wars… I do not want to surrender to this kind of impressions easily. Humankind recently witnessed that destinies of geographies can change in the good or bad ways quickly. For instance, now it is quite hard for us to imagine that the places on the earth where millions of people want to live in, hosted unprecedented exiles, concentration camps, holocaust, massacres only 70 years ago. Even if geography and climate are very powerful setters for an anthropological view, I prefer to prioritize my belief to the humankind’s capacity to specify its own destiny. Otherwise, I guess I could not have any word to say on this topic. 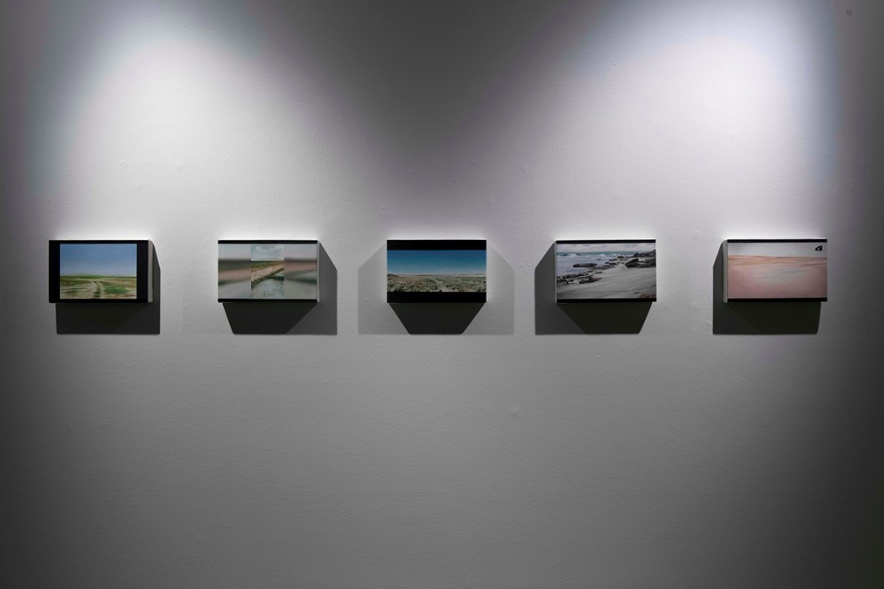