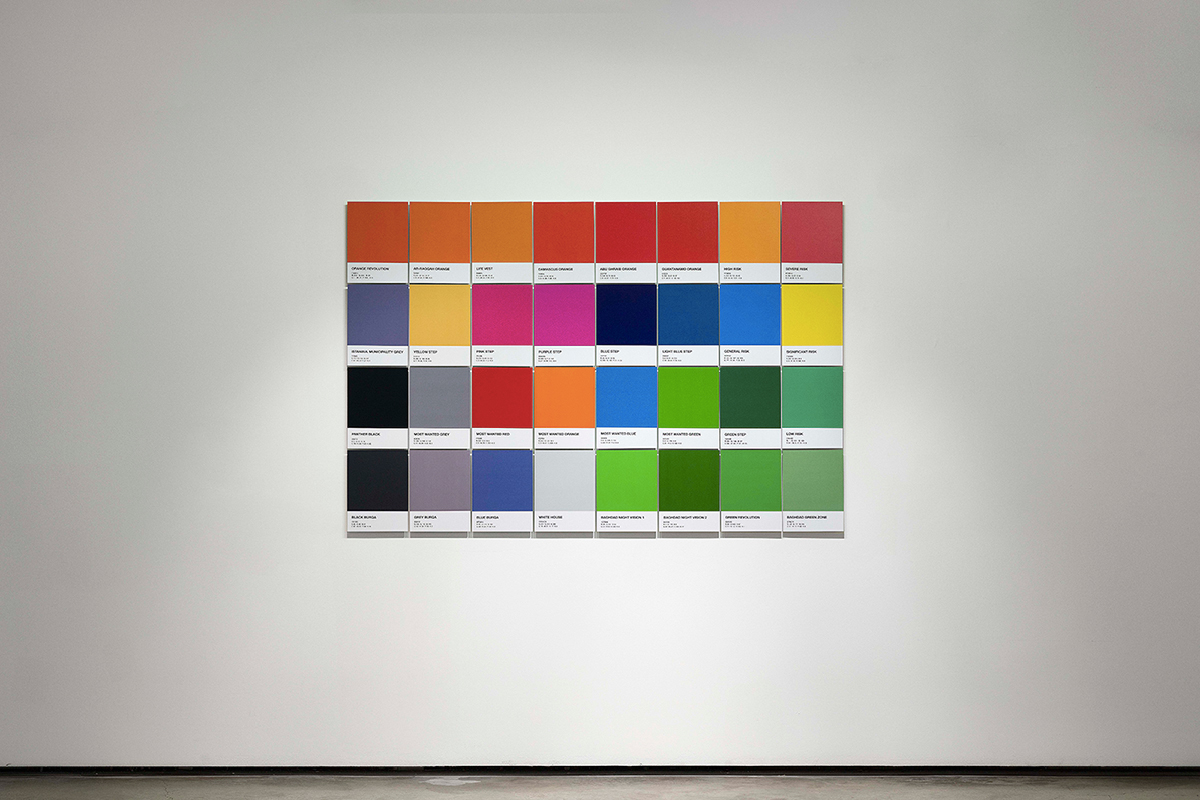 Color Catalogue is a color catalogue created by the artist and made up of the colors picked up with eyedropper in Photoshop from different images. Web, CMYK and RGB values of the specified colors are determined and combined by design into the form of color catalogues being used in printing technologies. In the work focusing on the moments and materials where political conflicts are expressed by “color” which is one of the basic plastic objects of art, colors are brought together in various subcategories according to their contexts.
In Istanbul Gezi protests, people start to paint all the stairs in the city in colors; the colors picked up from the photos of these stairs are combined under the titles Blue Step and Green Step. Later, the Istanbul Municipality paints over these colors -like they do to other graffiti or street writings in the city- with gray. This shade of gray finds its place in the catalogue under the title Istanbul Municipality Gray.
Battle of the oranges: We see the color orange picked up from those famous jumpsuits of Guantanamo Prison right next to the orange of jumpsuits worn by the hostages been executed by the Islamic State.
The orange of the clothes worn by the Army of Islam militants while carrying out executions on the Islamic State militants, in return for the orange jumpsuits the Islamic State made their hostages wear, is also included in the catalogue. The other shades of orange are picked up from the life vest of an immigrant drowned in the Aegean Sea, from the banner of the “Orange Revolution” in Ukraine and from the jumpsuits worn by the prisoners in Ebu Garib Prison.
A photo from the exhibition: “Replaced”, Rampa Istanbul Art Gallery, Istanbul, 2016 Baghdad Greens includes the shades of green picked up from the live footage of the Baghdad Bombing with night vision cameras and the color the city’s high-security zone named Green Zone indicated with on the maps. The colors showing the degrees of Istanbul Police Department’s most wanted list are combined under the title Most Wanted. The colors representing the risk ratings of the US Department of Defense, the color white picked up from a photo of the White House and the colors of burkas worn by women in Afghanistan are some of the other colors in the catalogue. 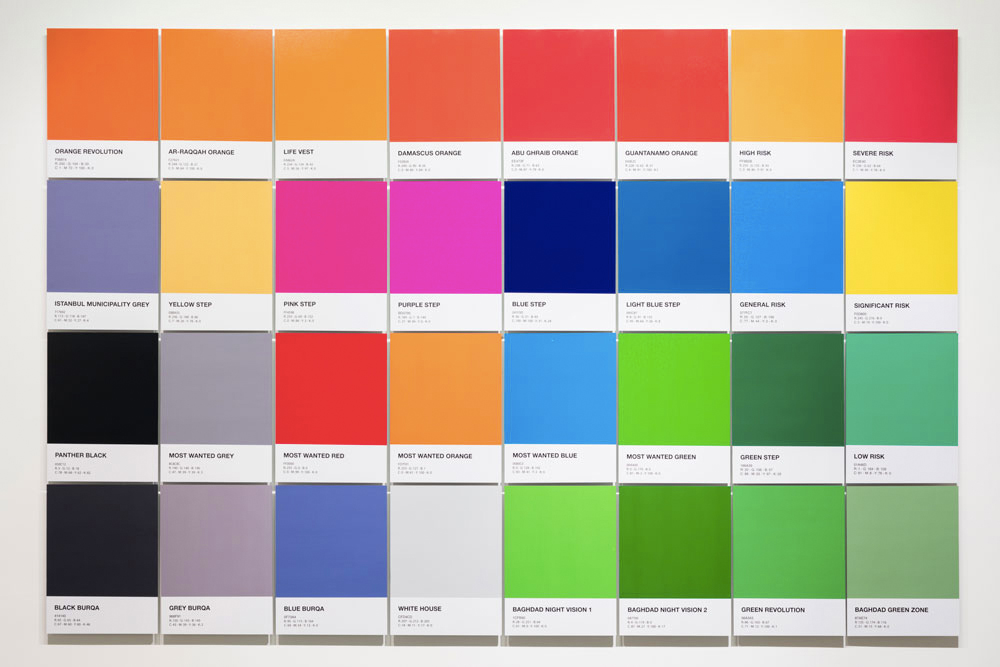