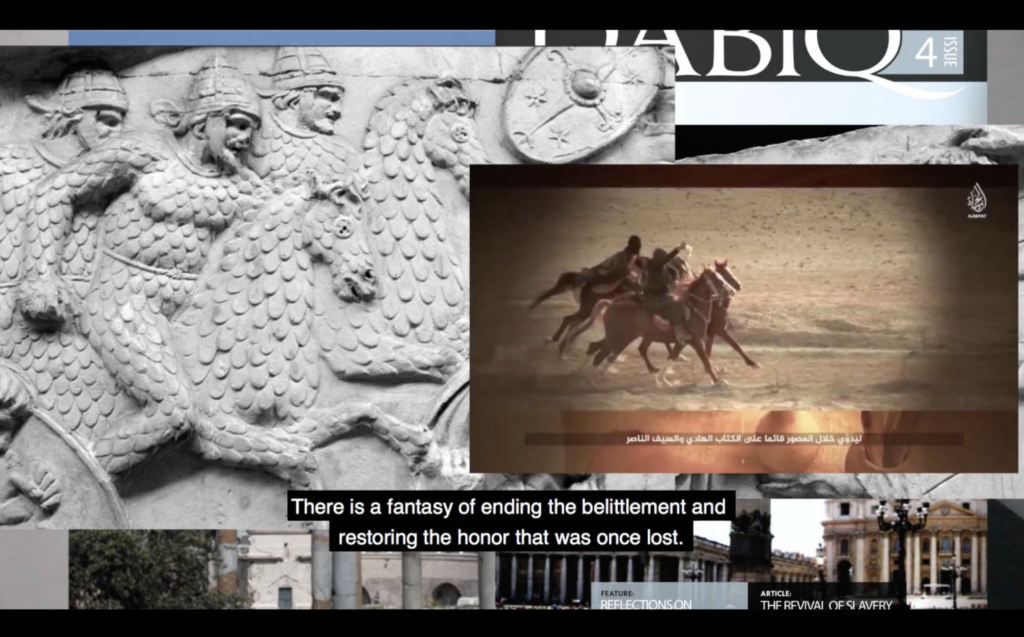 How is the relationship between ideology and iconology? How can we read such mythological phenomenons as returning to the golden age, golden generation, charismatic leadership, re-birth, and salvation together with their corresponding images’ history that span from the ancient world till today?
The fourth online workshop of the Study Groups is getting started on October 8, by Hasan Özgür Top.
Delving into the propaganda activities in his research, the artist will open up discussions on political movements from several historical periods and geographies around the questions mentioned above.
In the workshop, a digital atlas will be created that visualizes the histories of motifs and themes used as propaganda material, as well as the relationships and continuities among them.

November 4, Talk: Emine Ayhan “Transformation and Birth of the Hero”