"Set in an interrogation room, THE FALL OF A HERO (2020) shows a suspect (played by the artist) describing to an off-camera voice the Islamic State’s recruitment materials and the way they construct a familiar postlapsarian account. A call to restore glory after a putative fall from grace is couched in the language of moral urgency: Make the caliphate great again! We learn that ISIS uses the Trajan font—popular among marketers of Hollywood films and video games like LORD OF THE RINGS and ASSASSIN’S CREED—in their propaganda materials. But the intersections with pop culture do not end here: others include homophobic homosociality; a view of history as an endless struggle against decadence; violence as apotropaic remedy; and heroic masculinity as the solution rather than toxic masculinity as the problem. The perspective that emerges from THE FALL OF A HERO is a strong corrective to “clash of civilizations” narratives. Rather than iconoclastic, the Islamic State is iconophilic: its strategy is wholly dependent on image management. The organization engages, although obliquely, in a global visual dialogue that revolves around themes of nihilism and masculinity. Mapping the structures of affect that preside over its successful mobilization and militancy, Hasan Özgür Top draws out ISIS’s intersection with other political projects that glorified war, like early twentieth-century fascism. Most importantly, the artist depicts ISIS policies not as archaic and backward but as a stellar example of what the American writer and urbanist Keller Easterling has termed “extrastate-craft”: the multiple semi-state or nonstate forces that have attained sufficient power and administrative authority under the conditions of globalization to undertake the building of infrastructure. From this perspective, the Islamic State can also provide insight into the entanglements of clandestine insurgency with underground economies, digital platforms, and transnational finance as a symptom of the new global order."

> Exhibition: A Few in Many Places (Berlin)

> Review by Adam Kleinman: Tell Me a Story

The Fall of a Hero is commnisioned by Protocinema, with support from SAHA.

Thanks to Taner Tamer.

"Hasan Özgür Top's film, the Fall of a Hero, a mock interrogation video in which an interviewee describes how zealots lure followers through a recycled ancient crusader myth: that the problems of the world are the result of society falling astray from an imagined golden age, and that a return to grace is only possible if a righteous vanguard overthrows the forces that corrupt them. Top's narrator is probably an unreliable one, but this is beside the point; I read him as simply a vector to deconstruct the uses and abuses of the hero narrative itself."

"In The Fall of a Hero video by Hasan Özgür Top, transforming effect of digital screens on today’s public space practices and entertainment culture is monitored and questioned "clash of civilizations" and corresponding popular narratives. He traces the propaganda materials of ISIS which uses Trajan fonts that can be traced in Hollywood productions followed by millions and also encountered in computer games. While doing it so, he draws parallels to the fascist political projects which is basedon discourses on heroism, masculinity and militarism with radical language of ISIS. Consequently, ISIS is no longer be as an exceptional phenomenon but gains a historical characteristic. Just as Susan Sontag puts forward, fascism represents systematically increasing entire set of ideals rather than an irrational structure. Thus, paves a way its nesting and within the society via highly interiorized mechanisms." 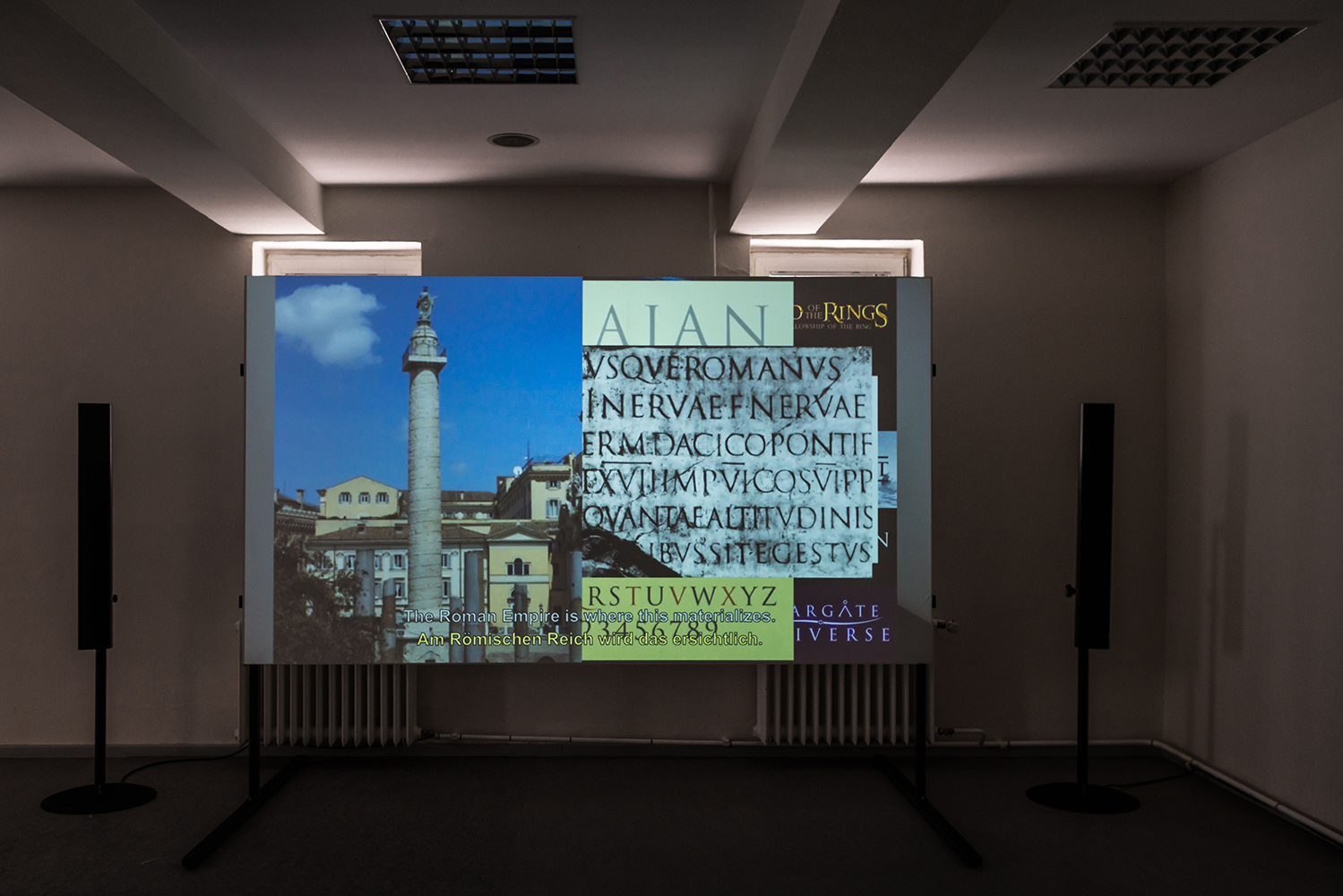 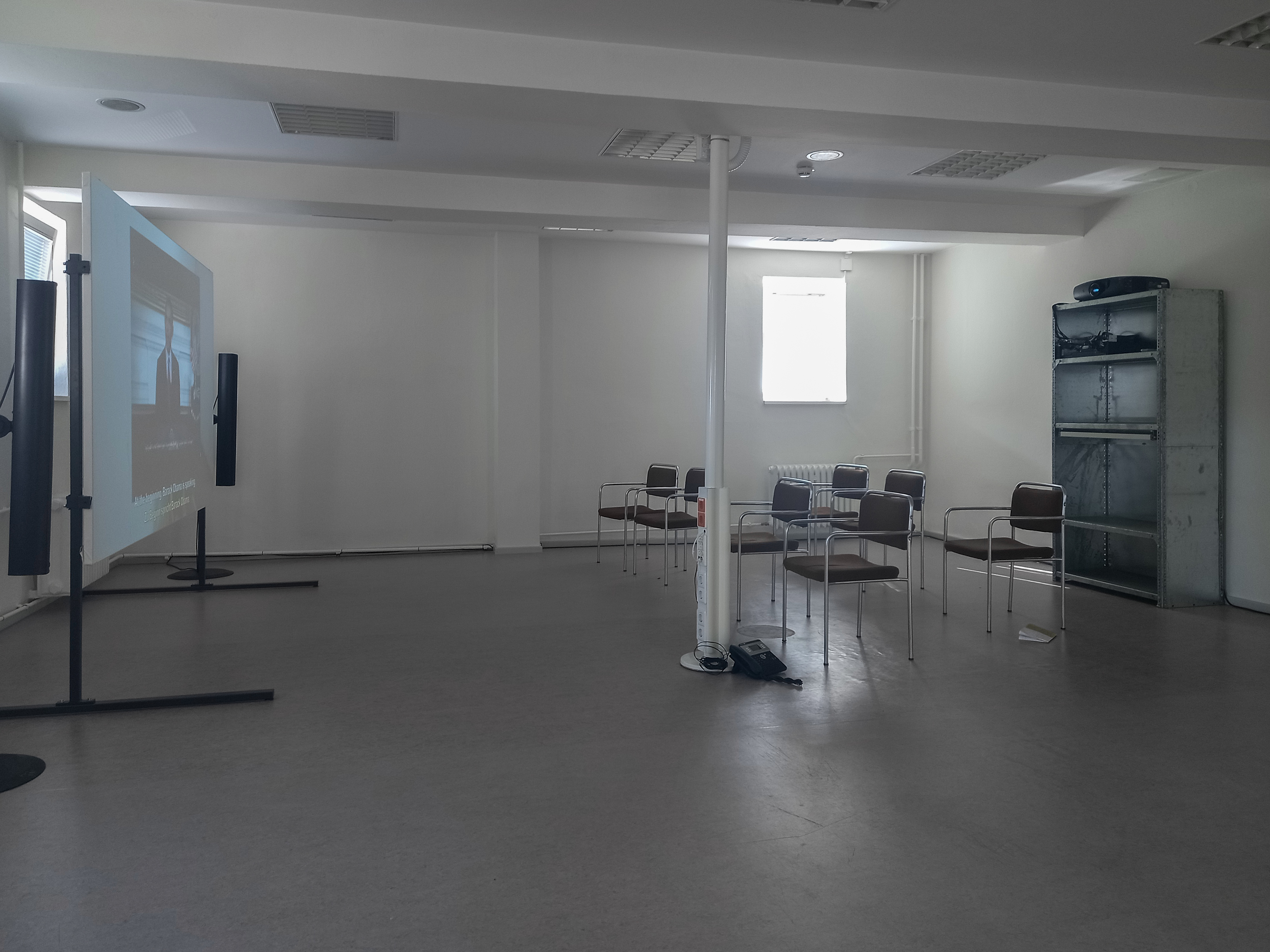 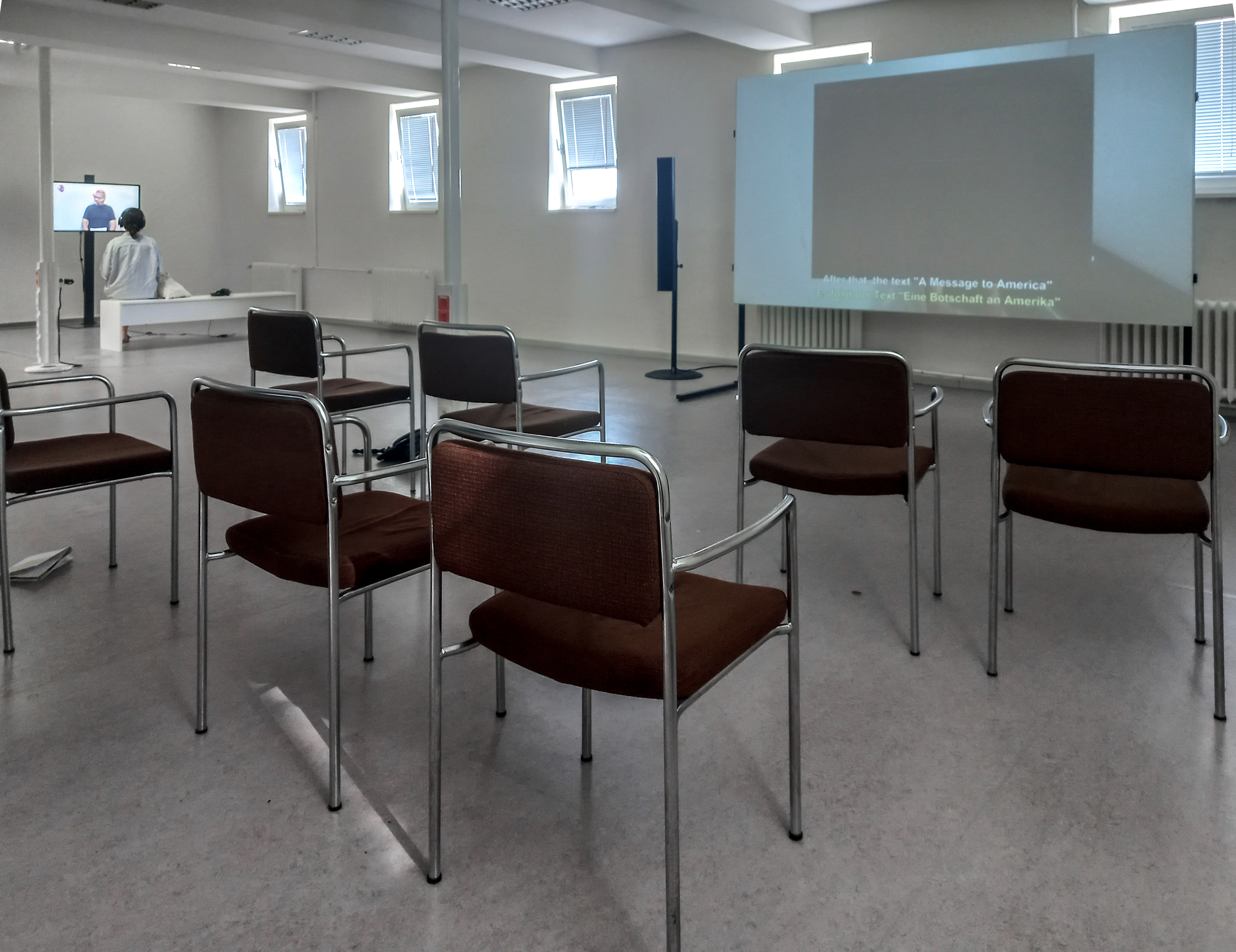