When it was announced to the world in 2011 that Osama Bin Laden was killed, many people perceived this as a sign that the global jihad movement came to an end. But time has revealed that they had very an optimistic approach. Abu Musab Zarqawi’s movement, which was active in various names in Iraq since the end of the 1990s, could shift its gear up by turning Arab Spring into an opportunity, captured many cities in Iraq-Syria, and took its place on the world agenda under the name of the Islamic State(1). With the alliance of jihadist movements from different geographies, the organization raised their claim to the level of being “the Caliphate”. Thus the perception of the victory gained after the killing of Bin Laden turned to become indistinct in the face of new strategies, claims and figures. The fact that the Islamic State’s authority in Syria and Iraq has gone considerably dispersed now recreates optimism similar to that of the process after the killing of Bin Laden. As in the killing of Bin Laden, this optimism is very likely to be mistaken. All in all, the grounds addressed by jihadist organizations have their motivations beyond the physical existence of some figures and the domination established in certain regions within certain periods of time. So after the killing of Bin Laden in 2011, what would the Islamic State’s claim of being “the Caliphate”, which “shows off” since 2013 and seems resolving recently, leave to the future?
First and foremost, it should not be forgotten that the “liquidated” image of the Islamic State’s military existence in the region might be very much deceiving. Because the Islamic State’s military activities still continue in the cities that were one after the other declared in celebration of victory to be liberated from the Islamic State. According to the report titled “The Fight Goes On: The Islamic State’s Continuing Military Efforts in Liberated Cities” (2) published by the CTC in the past days, the Islamic State carried out 1468 attacks in 16 cities that were all liberated. Moreover, it is necessarily important to consider the ghostly practical attitudes of jihadist organizations. While seeking the trail of a jihadist leader trying to survive by drinking dirty waters in caves on the Hindukush Mountains, you may encounter an activist in Paris ready to sacrifice himself on his track. 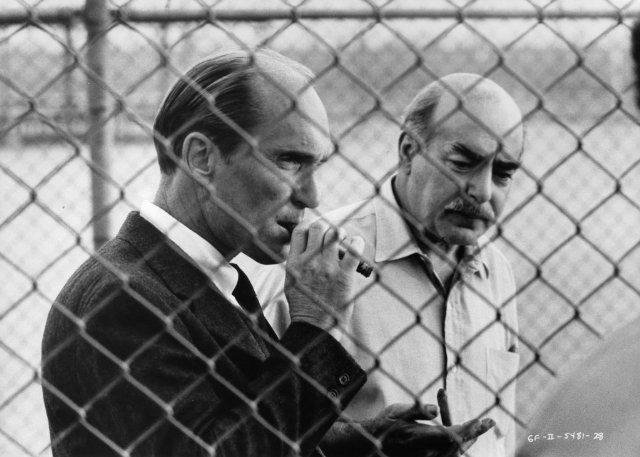 In The Godfather 2, Tom Hagen the “family” consultant meets Frankie “Five Angels” Pentangeli, one of the former staff and key leaders of the organization, at the FBI base where he was under surveillance, and together they talk about the old days of the family. Pentangeli likens the old days of the family to the Roman Empire. The reason ousting Pentangeli from his position -and from his life- is that he at heart cannot adapt to the new period. By the time the organization continue on their way with new figures and strategies in the new period, the founding staff members are purged after the problems caused by this incompatibility. Being one of these people, while Pentangeli sets his heart to end his life with his own hands, he feels some kind of a golden age yearning for the old days of the family. It can be observed in certain periods of time in history that processes where certain movements and organizations were “provisioned” could be spoken of in the phrase “golden-age”, as they could turn into myths afterwards.
An exceptional and sacred period of time when the utopia was real…
Even though the Islamic State were completely purged from the areas under their control, it is probable that “the Caliphate” they established between 2013-2017 would transform into such a myth and that the jihadist movement would be one of the main propaganda objects in the future. For a jihadist understanding, this period will now be referred to as a model, a bar-line, a bearing; it can be predicted that it will be symbolized and sanctified as a utopia realized.
Here we have to pay attention to a point.
Among their propaganda materials, the Islamic State used two opposing statements at the same time. As much as highlighting the establishment and installation, it was a very important detail that they put emphasis on the annihilation, destruction and apocalypse.

As seen in those expressions standing as a verse from the Islamic State’s one of the famous chants, the organization far used constituent politics, provision and sovereignty within their publications and videos. One of the subjects frequently emphasized by the organ-affiliated Al-Hayat Media Center on their videos broadcasted in languages other than Arabic has been that the Caliphate is now well established, that the dark days are left behind and all Muslims worldwide are expected to migrate to the lands of the Caliphate along with their families. The organization’s strength, conquest capacity, invincibility and willpower were thus announced to the masses with an unceasing clarity. Under normal circumstances, such an ambitious narration would bring along a disappointment in the face of a defeat; but interestingly enough, when revealing their claims of sovereignty and invincibility, the organization could conversely present also the themes such as annihilation, apocalypse, anticipated end and final warfare -with reference to some teachings of Islam- within the mythology they built. For example, the organization’s one of the important magazines Dabiq takes its name from the town of Dabiq in northern Syria, where it is deemed that the last apocalyptic war will take place. We cannot precisely tell if the Islamic State favored such conflicting languages with the awareness that their dominance in those cities will end someday. However, these two languages conflicting with one another seem quite useful; the first in the process of conquest and sovereignty, the second in the period of retreat and “ghosting”…
One of the most obvious factors of the situation I mean by “ghosting” is that of the “lone wolf” attacks. In their recent publications, the organization has a more intense appeal for “lone wolves”. The term “lone wolf” refers to the individual act of a being, who may not have any institutional and organic ties to the central organization but/and is in diaspora (the adobe of war), on the basis of a few fundamental principles or calls of the organization. Sometimes it is solely a person, sometimes a couple of siblings or relatives; micro cells just as in the Kouachi brothers.
For account of this potential, the organization published a number of materials in a “How to do it?” style and themed in such a sense that “You do not have to be armed or equipped. A knife or a vehicle shall be enough.” Instances like the attack in Nice, which was carried out not with bombs, rockets or any ammunition, but just with a rental lorry, have been appreciated in jihadist circles with joy. Their lose of territorial authority to an extent will lead the organization stick to this strategy for even further. Another key point observed in this ghosting is the ambiguity in the organizational affiliations of the individuals who performed attacks especially in the European cities. For example, the Kouachi brothers, who organized the Charlie Hebdo attack, had contacts both with Al-Qaeda and the Islamic State. In contrast to the common belief that the attack was carried out by the Islamic State, it was in fact Al-Qaeda in the Arabian Peninsula who claimed responsibility for the attack. It most probably is not a matter of concern for the future militants in diaspora that those structures are right in a state of inner conflict on their hosting lands. Some estimates from the analysts taking notice of such structures suggest that the troubles in the past will start losing their significance, there will be a rise in the joint effort and even the organizational boundaries will become obscure along with the lose/reduction of controlled areas.
I find this ambiguity in the “lone wolf” calls on social media and in some materials with contents in this aspect too. In addition to the official publications from organizations, there are calls and advices contained in brochures, graphics and posters published with unidentified -or without- signatures that invite for attacking. The technical language in those publications is definitely different from that of the Islamic State and Al-Qaeda. Their amateurish design stands out, which supports the possibility of them being autonomous. In the past few days, for instance, there released a Turkish PDF brochure entitled “Handbook of the Lone Wolf” on Telegram and Twitter.

The brochure contained technical information and illustrations on a great deal of subjects such as burning down the vehicles in parking lots and how to make bombs, using various types of weapons and how to conceal them. There were those on Twitter who claimed that the Islamic State had published the brochure, but there were no clues indicating the Islamic State. In its layout style there were also nothing featuring the Islamic State. In terms of its language, an intimate discourse was favored along with “anti-technology/industry” statements. (I would also like to express that in terms of its name and content, the brochure reminded me of the famous book Minimanual of the Urban Guerilla by Carlos Marighella.) This brochure, which I do not think belongs to any publishing by the Islamic State, sets just one example. While the “center” in Raqqa-Mosul is getting dispersed, it seems that there emerging a generation even more unpredictable, ordinary, familiar, and “creative” in lack of logistic (weapons/ammunition) management. And the devoured Caliphate will be marketed like if it were the dreamlike days of a utopia realized. “A specter is haunting Europe,” would be quite a suitable expression to describe the current situation -when we think on a global scale- if its patent did not already belong to Marxism.

(1) In the Turkish original version of this article published in Turkey, the organization name was preferably used as ISIS (IŞİD). For two reasons: Firstly, the organization is widely known by this name in Turkey. Secondly, the Islamic State as an expression is possible to be addressed as a prosecution on the grounds that “it paired Islam with terrorism”. In Turkey, the government and the circles close to it are quite sensitive and trying to create a monopoly in the naming of organizations, individuals and processes. This attitude, which is seen in different geographies in history (e.g.: the Red Army Faction was also called as “Baader-Meinhof Gang”), is the product of the power in Turkey emerging from their self-concern and view of such groups, which I personally disapprove. Regardless of what their ideology and practices are, calling non-state actors by their own names is undoubtedly the righteous attitude in terms of understanding the processes. This deliberate mistake made in the Turkish is corrected in this English writing.
(2) https://ctc.usma.edu/posts/the-fight-goes-on-the-islamic-states-continuing-military-efforts-in-liberated-cities
(3) https://www.youtube.com/watch?v=5k-dM8X32bE