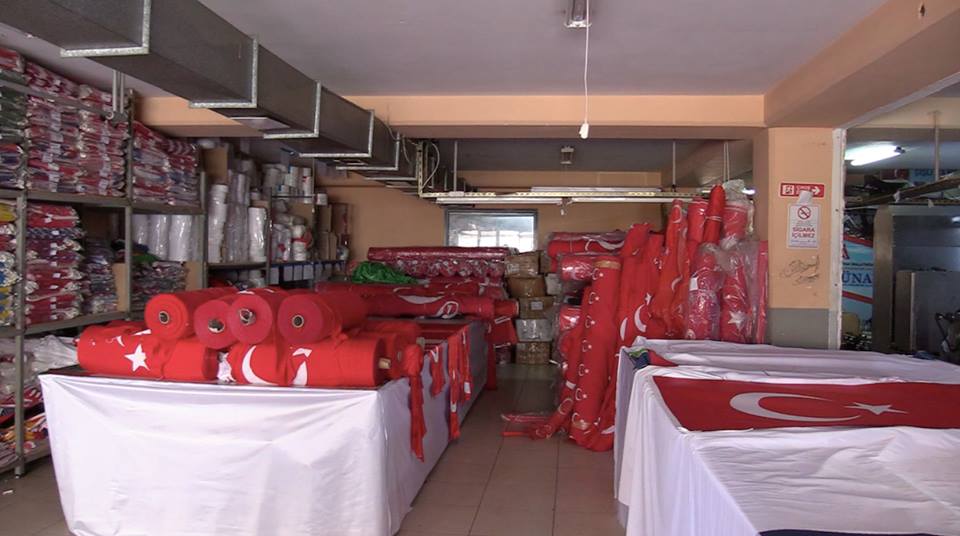 >>SCREENING:
Where the Sun Rises

Protocinema presents Where the Sun Rises, aone-night screening of single channel videos by artists hailing from Istanbul, Athens and Beirut, at the Swiss Institute in New York. New works by Andreas Angelidakis and Angelo Plessas, Ali Kazma, Lara Ögel, Rania Stephan, and Hasan Özgür Toprespond to contemporary conditions such as pending environmental or natural catastrophes, fear-inducing policies, perversions, displacement and the sensation of feeling stuck in both space and time. Protocinema is proud to present these videos, which are premiering in the United States for the first time, as part of our mission to evoke empathy for and understanding of difference across regions.

Andreas Angelidakis and Angelo Plessas, Greece, Dourou Dourou, 2016, is a collaboration between the artists and musician Konstantinos Vita. The film, an animation of the urban landscape of Athens, features a well-knownsong originally performed in late-1920s New York by Greek emigré Marika Papagika. The singer was known for presenting both Turkish and Greek works at a time of strained relations between the two countries. She saw herself as a product of the crumbling Ottoman Empire as well as her culturally Greek background. (4 minutes, 3 seconds)

Ali Kazma,Turkey, Safe, 2016, features exterior and interior footage of the Global Seed Vault, which is situated on the Svalbard Islands, between Norway and the North Pole. designed to serve as a depository for seeds in case of a manmade or natural catastrophe. The contemplative and reflective framing of the shots illustrates the striking physicality of the space, amplifying its metaphysical experience. (3 minutes, 18 seconds)

Lara Ögel,Turkey, what (else) grows in the dark, 2017, is an edited montage of footage found online of humans from around the world documenting and handling mushrooms. The short is reflective of a repressed subversion of sexual desire and the inability to express those desires. The evident perversion of both sexual nature and man’s conflicted relationship to nature responds to conditions that are both political and personal. Ögel’s video leaks into deeper aspects of human dissonance at work in intimate and public psyches. (3 minutes, 6 seconds)

Rania Stephan, Lebanon, Threshold, 2018, is taken from the Egyptian science-fiction film, The Master of Time, 1987, directed by Kamal El Sheikh. The video is made up solely of transition shots featuring doors, gates and boundary crossings from the original sci-fi. The viewer, like the main character, becomes stuck in another space and time configuration. This new condensed version lies on the threshold of fiction and abstraction, narration and experimentation, as well as cinema and art. (10 minutes)

Hasan Özgür Top,Turkey, The Atelier, 2018, takes the viewer to a Turkish flag manufacturing shop in Istanbul. A subtle yet important shift exposes economic ties with the Kurdistan Democratic Party, the Kurdish party in Iraq, even though supporting Iraqi Kurds is against Turkish nationalist ideals. These contradictions stand as examples in Turkey where loyalty to nationhood is superseded by capitalism, which is the most recent tipping point in current social and political conditions globally. (28 minutes)

Protocinema is an itinerant art organization realizing site-aware exhibitions in different spaces and places. We produce context-specific projects and public programming of the highest artistic quality that are accessible to everyone. Protocinema’s cross-cultural work evokes empathy for and understanding of difference across regions. Founded by Mari Spirito in 2011, Protocinema is free of brick-and-mortar relocating sites to respond both to global concerns and changing conditions on the ground.